What is the Role of Story in Our Lives? - Hidden Valley Grade 3 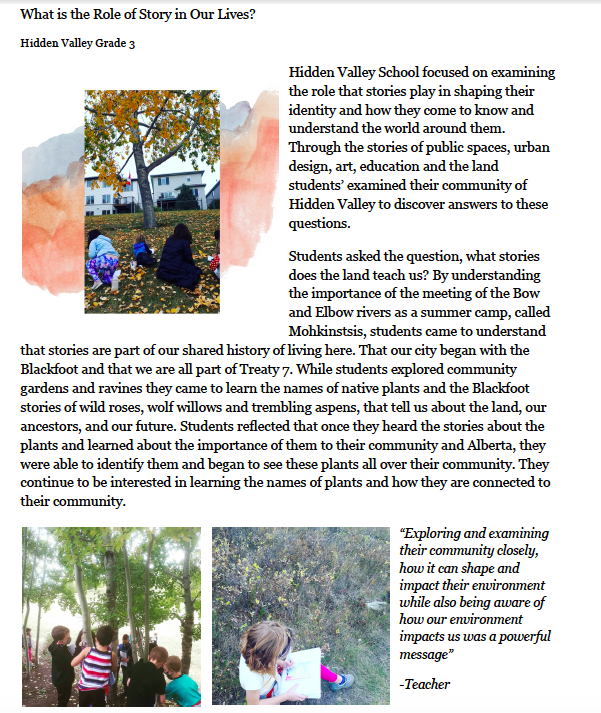 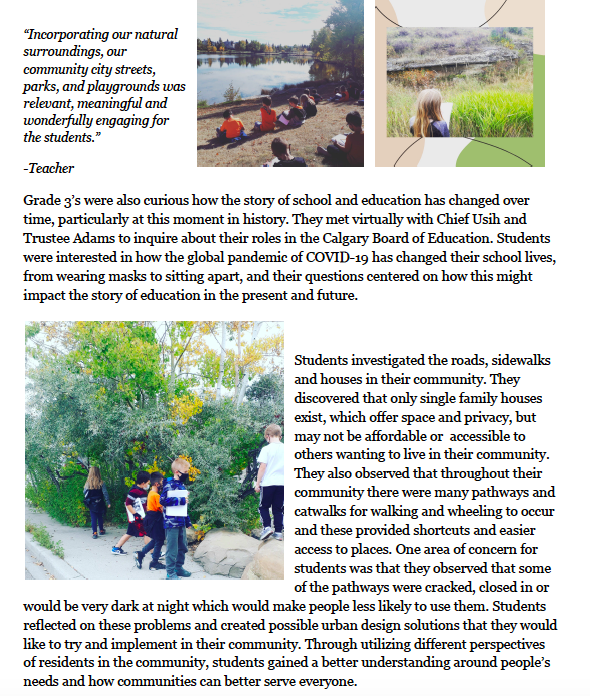 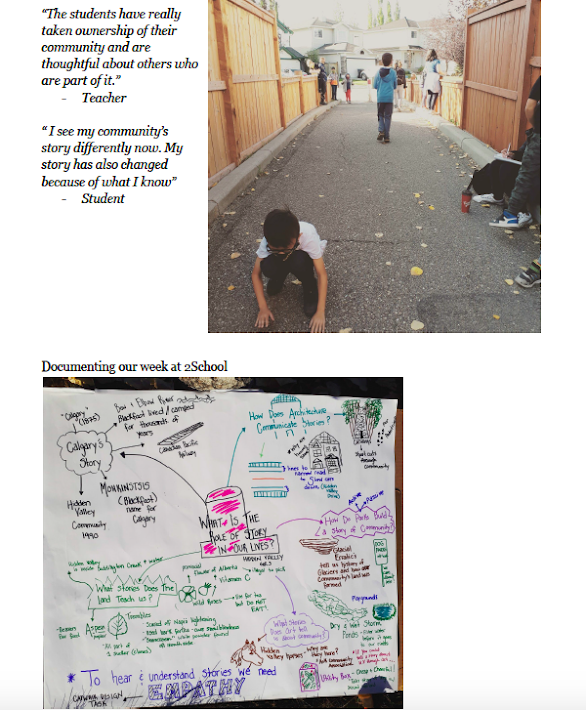 With school closures, City Hall School is having to adapt. Mayor Nenshi took time out of his busy schedule to meet with classes that are not able to make it to City Hall School this year. Students asked many questions about Covid-19, being a mayor during the pandemic, as well as many questions about how a city is run before and after the pandemic.

Mayor Nenshi believes that Calgary needs to be Build Back Better. The government and citizens need to think about how to rebuild Calgary to be a better and stronger community. A strong community needs to be strong socially, economically, and physically. The City of Calgary has created a motto that Mayor Nenshi shared with students: Clean Hands, Clear Heads, and Open Hearts. Clean Hands encourages citizens to work towards stopping the physical spread of Covid-19. Clear Heads supports citizens with dealing with the grief of the current situation. Open Hearts promotes not feeling isolated and building community during social distancing through online visits and phone calls. This motto will help citizens Build Back Better. 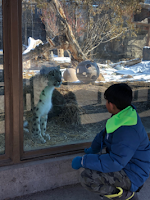 When I reflect on our week at Zoo School through Campus Calgary Open Minds, my mind and heart becomes full from the excitement, discoveries, exploration, community building, and learning that has taken place. I have always believed in learning alongside my students, but felt that this week has made me fully embrace what it means to be a learner. No amount of planning could have prepared me for our mutual excitement at seeing a snow leopard gaze into my student’s eyes, or the rush at attending a gorilla’s fourth birthday party. 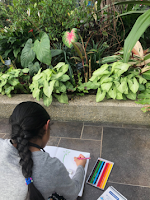 All of my students had memorable moments that I know they will carry with them. What stands out to me from the time at Zoo School was one student in particular, who is quiet, a very slow worker and does not often participate during group learning times. This week allowed me to see him in a new light. He was asking questions, making connections, using his time to explore and genuinely engaged in every opportunity. This reminded me of the importance of providing many learning opportunities for our students.


Sometimes taking them out of our place opens them up in new and exciting ways. This week has changed me and reminded me to slow down and embrace opportunities. When we look for connections between ourselves and others, we are forever changed.

Posted by Natasha McKay at 09:07 No comments:

16 years ago, I was first exposed to a way of looking at the world that suited my 11-year-old brain: closely and with as much time as I needed. I learned that everything has a story, and by asking a few simple questions, many answers could be revealed. I learned that looking closely at the world helps to teach us about ourselves, and builds connections with people and ideas that have long since passed. I learned all of these life lessons as a grade 5 student at Stampede School.

Fast forward nearly 17 years later and I have brought those lessons with me every step of the way. My progress in writing and drawing are not the only pieces of evidence that I have to showcase the impact of the program. I grew to know and understand myself not only as a citizen of the city, but the world, and that despite being one person I can influence greater changes. And I learned all of this from 5 days exploring the micro-climate of the Stampede grounds. I honestly don’t know if I would be the Assistant Coordinator for Chevron Open Minds Science School, but I do know that I would still be working in outreach education. The tactile and interdisciplinary learning environment allowed my brain to break free of the silos I had grown accustomed to, and teaching others to do the same and believe that they have a larger role in our world? Well I simply cannot think of a more fulfilling calling. 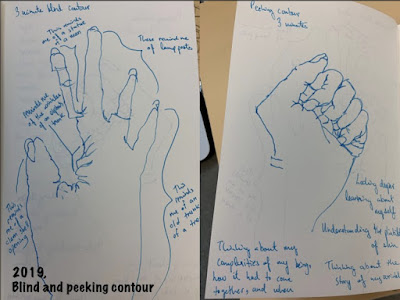 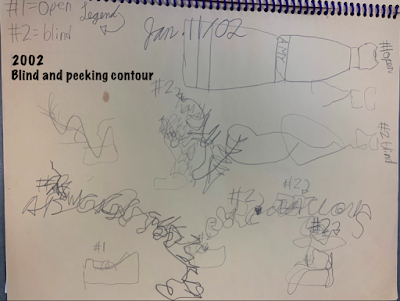 Campus Calgary / Open Minds is a dynamic and innovative Education Program, 27 years in the making.  From one week at the Calgary Zoo in 1993, to 14 sites and 260 weeks in 2019-20, CCOM has stayed strong through rich educational experiences for students and their teachers. These rigorous and collaborative learning experiences take students into the community and connect them to experts who are committed and passionate about experiential learning.

There are elements of Campus Calgary / Open Minds that have been a part of the work since the beginning, and that have also been responsive to changes in education, including the increase of personalization of learning and experiential opportunities for students.  The KEY ELEMENTS of CCOM are often considered the backbone of the program and exist at all of our sites.  These are sound pedagogical ways of being with learners of all ages.

Teachers as designers, in collaboration with site coordinators and educational coordinator, co-constructing learning

Engage in hands on activities and experiential learning

Slow down and go beyond the obvious

Maintain high standards for quality learning experiences for all students

Posted by Jennifer Meredith at 11:52 No comments:

Open Minds' Zoo School - 'Get to know a stick!'

During our Chevron Open Minds Zoo School summer workshop, teachers got to know a stick. They became familiar with its bumps and warts, split ends, and fraying bark while sketching their new friend! Each stick was then mixed up in the middle of the space and the sketches were used by the rest of the group to try to identify each stick.
Since this training in August, I have noticed this same exercise being used in classrooms with students as preparation for their zoo school week, and a learning opportunity to add a new set of skills to the student’s journaling toolbox.
#journalling #naturejournal #studentwork #education #yycCCOM #johnmuirlaws @calgaryzoo @ChevonCR @johnmuirlaws 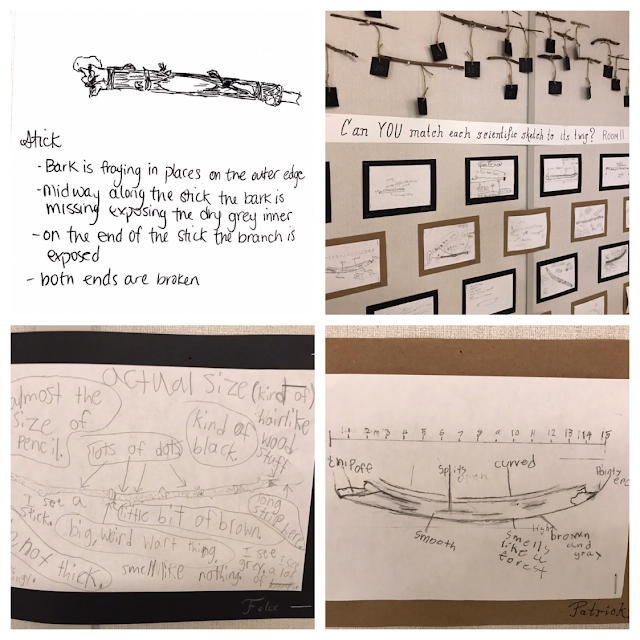 Posted by Jennifer Meredith at 11:53 No comments:

This blog is created and maintained by the Campus Calgary / Open Minds Operations Team. It will be updated throughout our year in order to share and celebrate our stories. For more about our program visit ccom.cbe.ab.ca.
We need you! Please see how YOU can contribute to this online space by clicking here.

Please read the first posting in this blog for important information and context prior to interacting with this blog or commenting.

Our Schools and Districts

Campus Calgary / Open Minds works with classes from all school districts within Calgary. The Calgary Board of Education's Digital Citizenship policies and Calgary Catholic School District's Rules of Engagement are to be followed when interacting with this social media space.